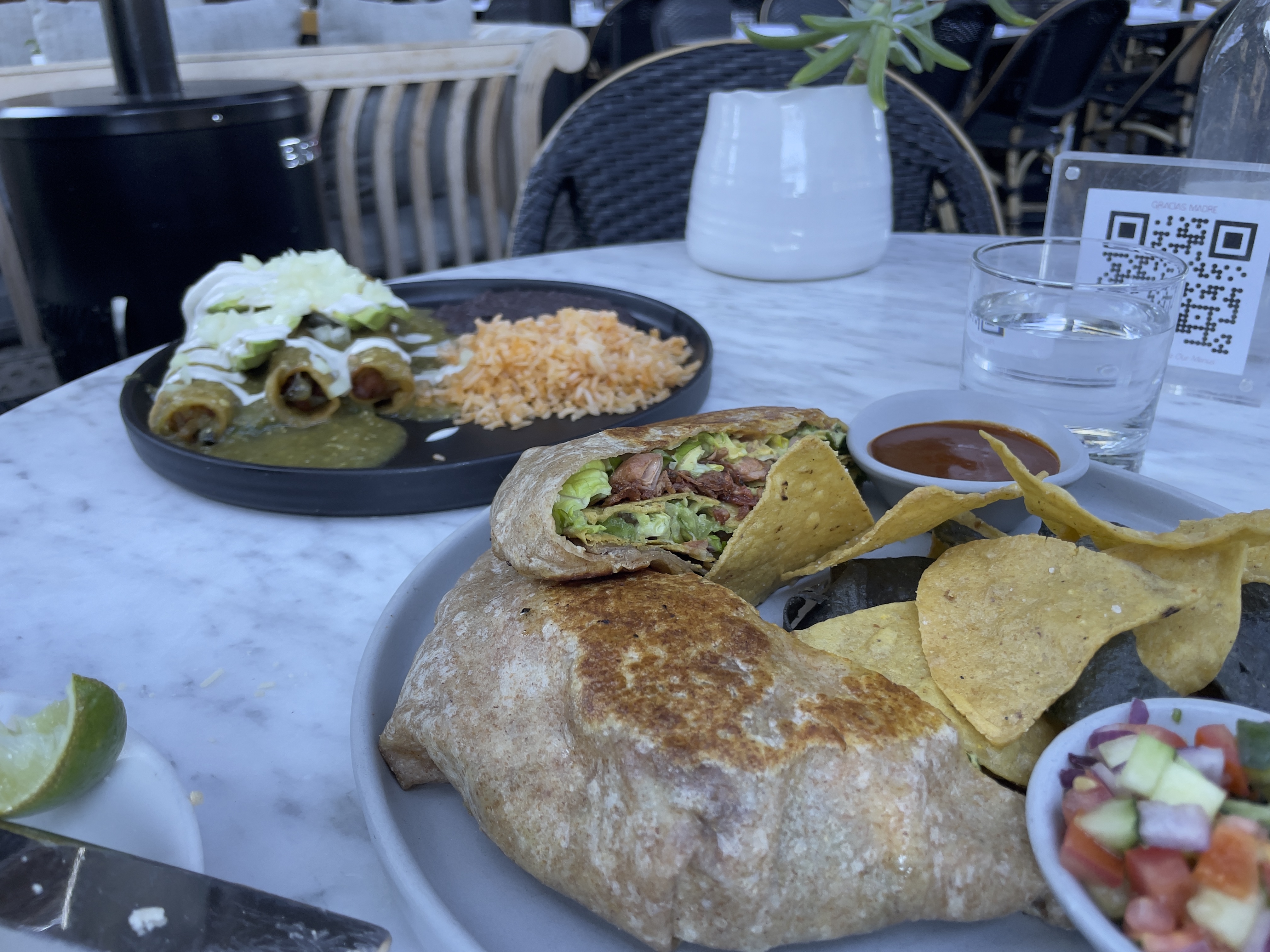 I used to be vegan for over six years and before that I was vegetarian for six years as well. However, now it has been nine years since I started eating animal products. In the last nine years, I have seen vegan food take the world by storm, however, I swore off vegan food for a long time. Recently, I decided to make a visit to Gracias Madre, not realizing it was a vegan restaurant.

I had heard of this restaurant before, as it is a chain with various locations around the country. When I arrived at the location in Newport Beach, the menu appeared to be similar to any other Mexican restaurant. There was parmesan cheese, mozzarella, and even “carnitas” on the menu. The only difference was everything was completely vegan. I decided to order the elote (Mexican corn), the jackfruit “carnitas” crunch wrap, and the enchiladas. 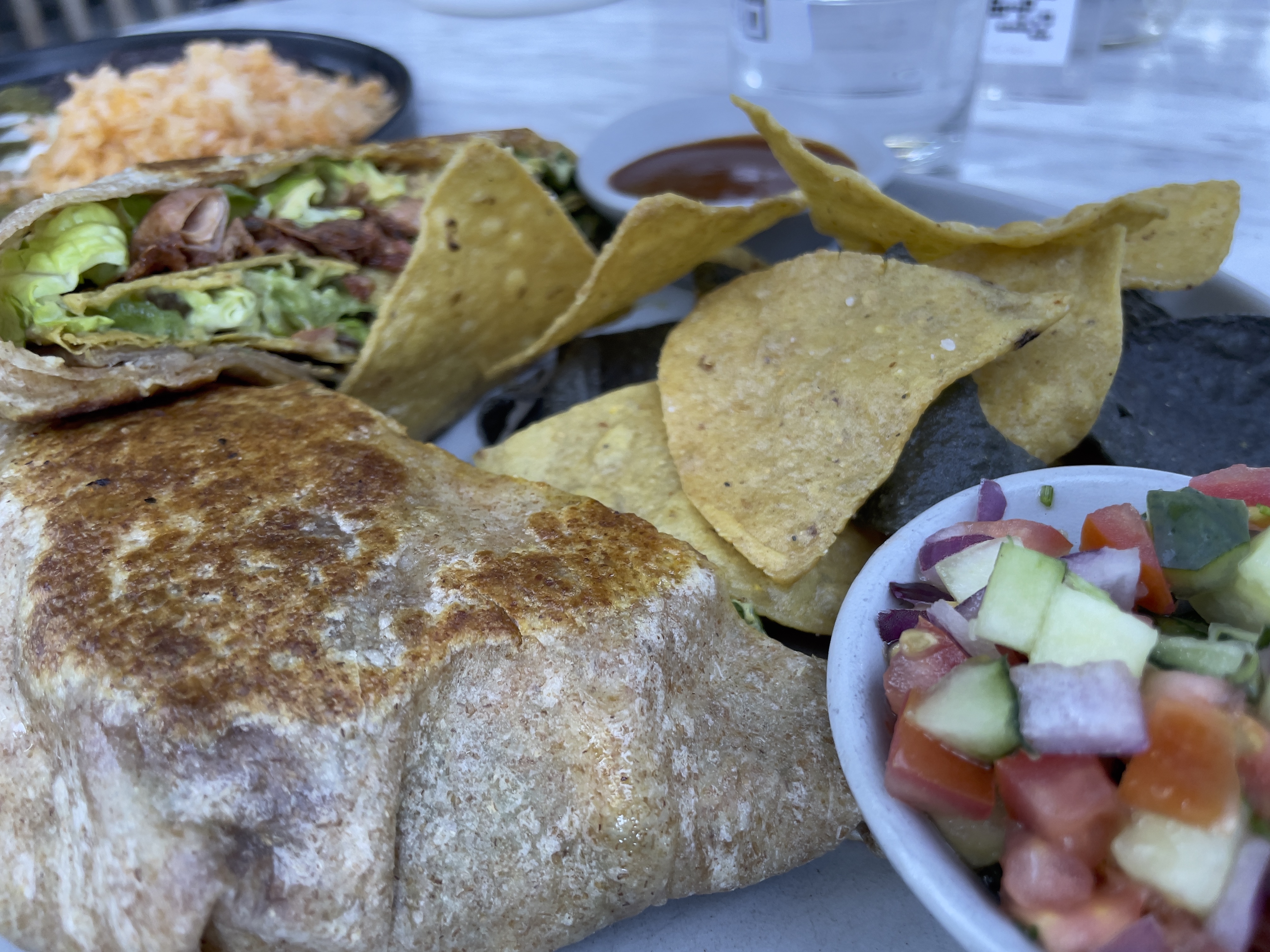 The best item was the Fuerte crunch wrap. This is basically a vegan version of the Taco Bell item. It comes with jackfruit carnitas, guacamole, pico de gallo, cashew nacho cheese, corn tostada, wrapped & pressed in a whole wheat tortilla. The outside is crisp and buttery.

Typically enchiladas have meat inside of them, but the Enchiladas Verdes at Gracias Madre were filled with potato, peas, zucchini, kale, and avocado, then covered in salsa verde and cashew crema, with a side of rice and black beans. The flavors were very authentically Mexican and the chips on the side tasted great! 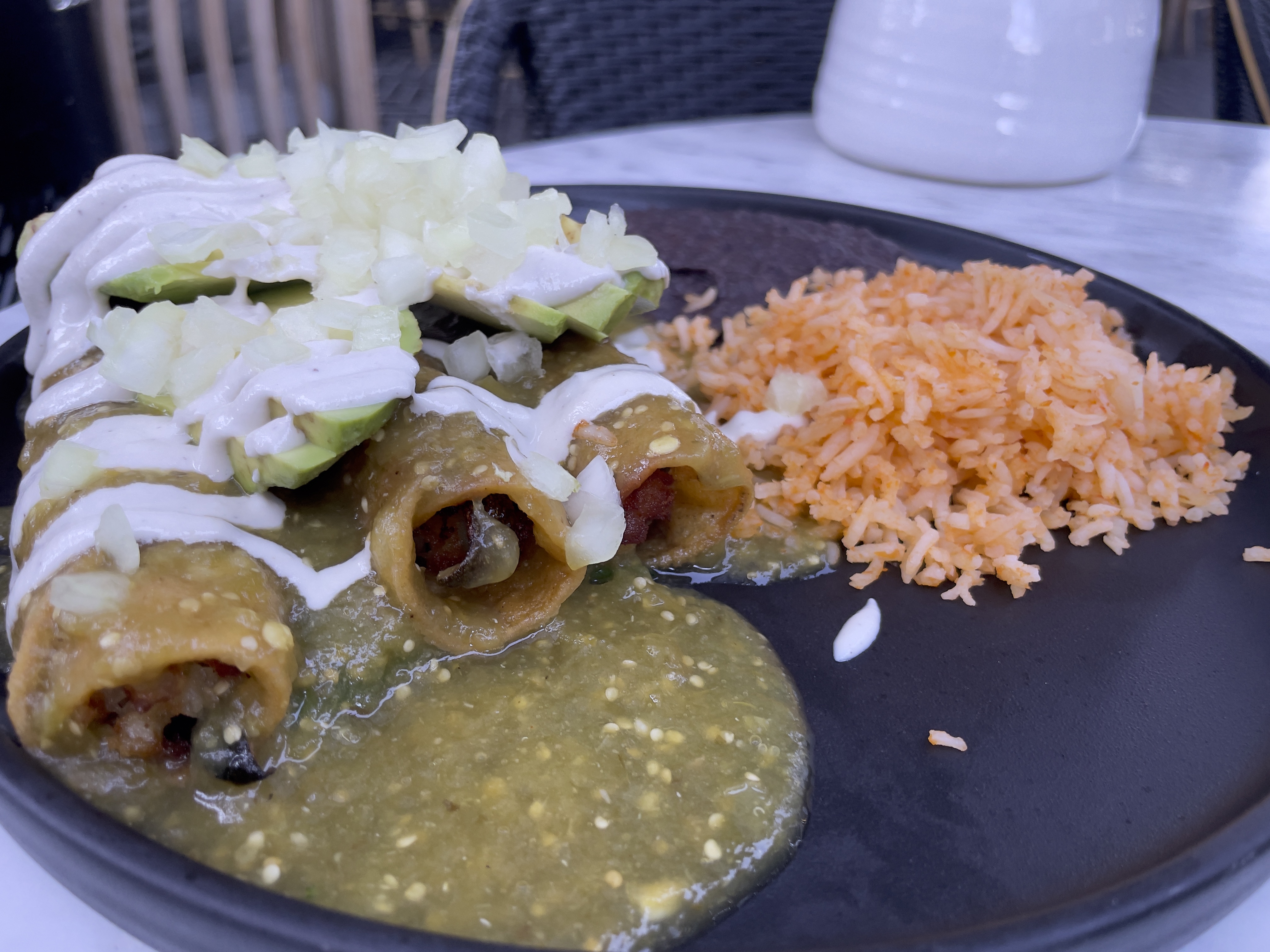 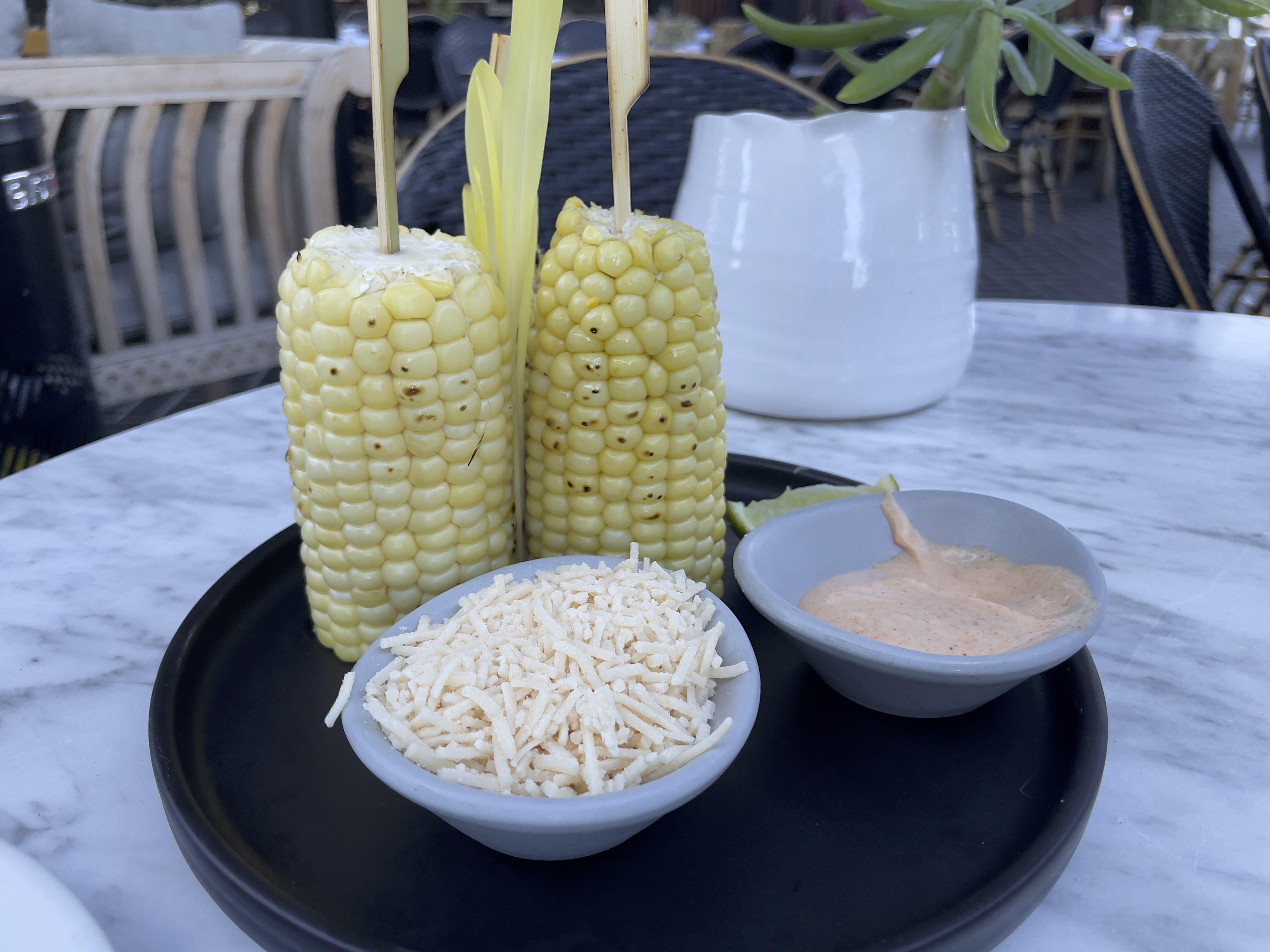 Although I did not try the drinks, the signature cocktails looked great! Especially the “Cosmopolita” which comes with tequila Blanco, hibiscus, cranberry, lime, and orange liqueur. The “Cafe Estrella Espresso Martini” sounded very unique, with tequila reposado, espresso, monk fruit, aquafaba, cashew crema, vanilla bean, and dried Oaxacan pepper. I could see myself coming often for happy hour or even on a Friday night!

You may also like
Rooftop Vibes and Fine Bites